Welcome Holly, tell us a little about yourself and your business.

Holly: I've been an artist all my life, though I haven't always felt like I had a successful arts career. I'm a Bay Area native, living with my fiancé (who is also an artist) and our fat two cats in the Berkeley Hills. I got my degree in Fine Art from the California College of Arts and Crafts in Oakland, CA (now California College of the Arts) in 1996, and worked freelance for many years as a Faux-finish/Mural artist. I've had my hands in just about everything creative you can imagine…music, theater, graphic design, costuming, writing. I'm kind of an addict, in many ways! In the last few years, I feel like I finally discovered the path to my creative identity, and am happily continuing to grow into it.  I participated in National Novel Writing Month (November of 2010), and after completing 50,000 words in 30 days, I realized how much I could accomplish by just adhering to a creative discipline without judgment or editing. That experience was my creative liberation.

Galen: How long have you been in business?

Holly: Though I've been in the arts "business" for nearly 20 years, since NaNoWriMo, I've been focusing on my illustration and fine art again. In 2011, I challenged myself to create one original piece of *visual* art every day, and from that I ended up creating and self-publishing a Tarot deck, The Incidental Tarot. 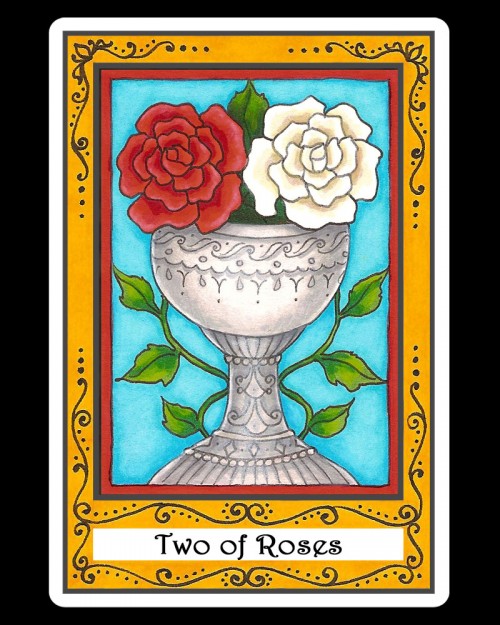 My artistic and intuitive life has been flourishing ever since!  I've also written a "Companion to the Cards" which is set to release this fall by Hunt Press. Exciting stuff!

Galen: What inspires you to create?

Holly: I'm inspired by a lot of things, but most profoundly by the world around me and the power of myth and archetype. There is so much depth and magic in the world around us…so many creatures and places and stories that we connect to on a spiritual level. I want my work to resonate with that kind of pathos and power.  It is something I strive for every day.  Right now I am immersing myself in the concept of the lost American Goddess. There was a time early in our country's history when America was represented, not by Uncle Sam or the "Founding Fathers" but by a mytho-poetic goddess called Columbia. She represented liberty, equality, justice and prosperity and beauty; in short, the feminized version of the American Dream. I am feeling called to explore this archetype, and to re-imagine what Columbia represents in our modern world.

I believe that the work of art (in all its forms, visual art, writing, film, music, etc) is profoundly an art of service. It is meant to forge connections between people and to evoke an emotional response…an EMPATHIC response. To inspire us to greater things. My greatest desire is to inspire others.

Here are examples of Holly's beautiful artwork. Holly's art and jewelry is available for sale at ETSY. 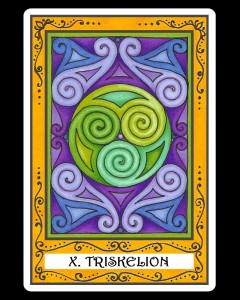 You can find Holly at:

I loved this interview and was inspired. A work of art a day… wow! Your paintings are aboslutely lovely, warm and haunting. The Tarot deck is gorgeous!  Thank you, Holly, for sharing. And thank you, Galen, for introducing another creative person to my life!!