*Please Note: The Score is not a standalone title. The first books in the Russian Guns series (The Arrangement, followed by The Life) should be read first*

In the mess of love and life, nothing and no one is left untouched.

After everything the Russian mob boss Anton Avdonin has done to keep his family safe from the dangers of the world surrounding them, he never thought it would come down to this. The officials are knocking, the charges are piling, his wife is hurting, and they’re facing a fate he never thought to consider. He didn’t just make one mistake … no, he made many. It’s time to answer for them all.

Viviana “Vine” Avdonin is stuck watching the life she adores crumble around her. Bad decisions have led to terrible consequences in more ways than one. She doesn’t have time to recover from one devastating tragedy that leaves her shattered before the next one is crushing down, too. Saving her husband from a life sentence might be the easiest thing she has to do when her own misdeeds are staring her in the face.

Together, Anton and Viviana have survived more than once, but this path will be by far, the hardest they’ve ever walked. Sometimes they have to walk it alone … because forgiveness isn’t always black and white and love can be blurred by pain. With the blissful ignorance gone and the blinders removed, how much of themselves will they have to sacrifice to come out on top one last time?

When everyone has a score to settle, it’s hard to notice the person causing the most heartache is the one staring back in the mirror.

Bethany-Kris is a Canadian author, lover of much, and mother of two young sons, two cats, and two dogs. Between barking dogs, snuggling cats, playing children, and a spouse calling over his shoulder, she is nearly always writing something … when she can find the time.

The Arrangement, Book One

Nothing will stop the Bratva mob boss from taking back what’s his, and once he has her, he’ll do anything to keep her…

Viviana “Vine” Carducci’s and Anton Avdonin’s marriage was decided more than two decades ago. The deal between leading mafia families has more on the line than anyone knew, even if the Bratva and Cosa Nostra shouldn’t mix. When Vine’s family is murdered and she’s left with nothing more than her grief to survive the mob world alone, she believes the arrangement won’t see the light of day.

Anton can’t allow the one woman he was supposed to love get away. At the possibility of her death, he steps in to save her with guns blazing, knowing exactly what it might cost him: everything. But it’s been nearly a decade since their last meeting, and he can’t help but wonder if the woman he took back is the same girl he fell for all those years before.

Protected and loved, Vine is unable to forget their shared moments a lifetime ago, or the future she knows they’re owed. When an old flame of Anton’s shows up to rip the veil off the carefully constructed secrets he’d been hiding, she learns that nothing about her life is as it seems. But, that’s nothing compared to the bomb about to blow. Can Vine see beyond the pain and blood to take what she always wanted? And just how far will the mob prince go to keep her safe?

In a world where violence, deceit, and greed reign, your life is not your own, and sometimes, love has to be arranged. 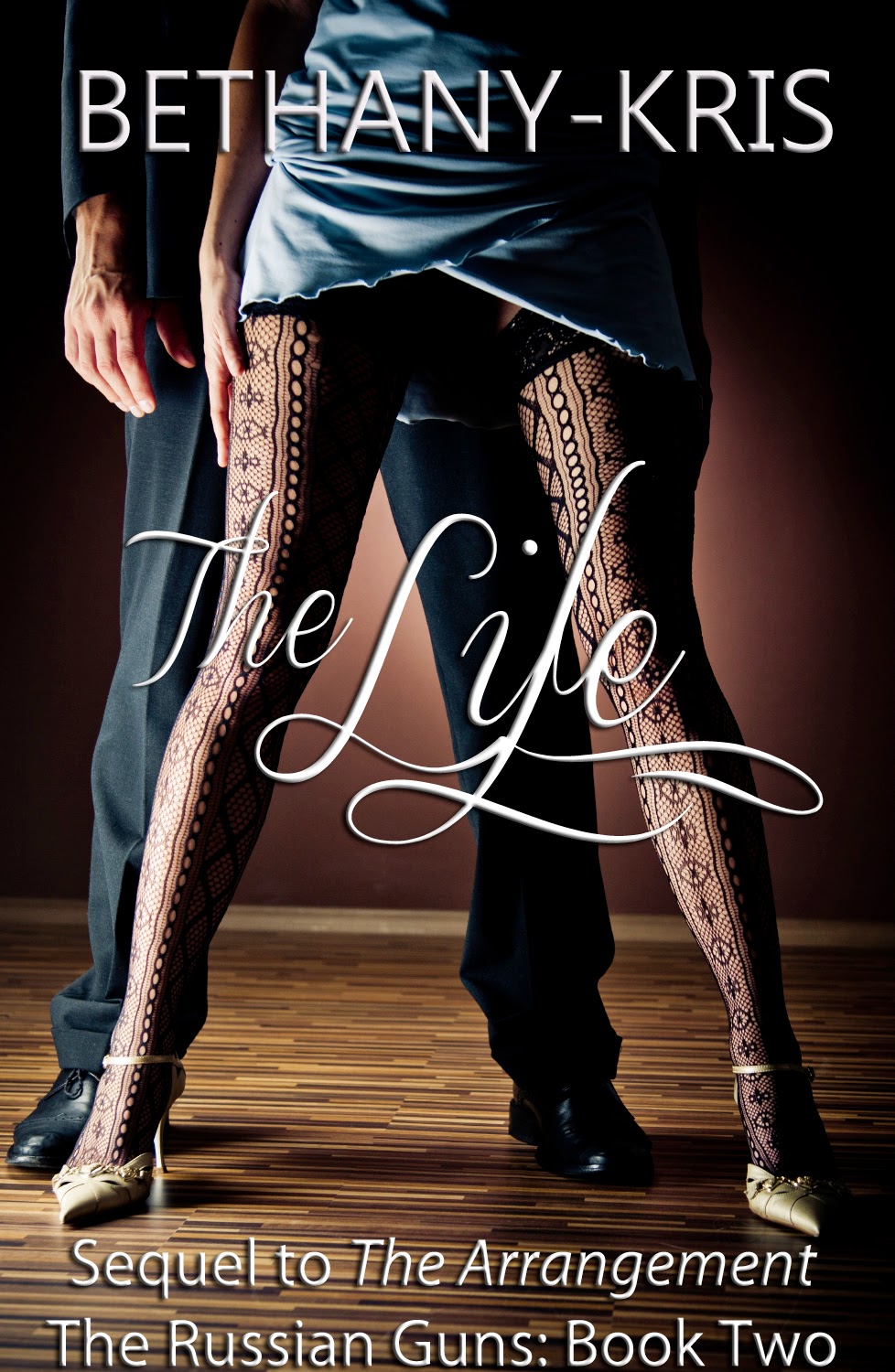 *Please Note, The Life is not a standalone title. The first book in The Russian Guns series (The Arrangement) should be read before the second book*

The mafia life is a dangerous one revolving around honor, duty, and greed—a troublesome thing like love isn’t meant to play a part, but no one follows the rules.

Surrounded by men waiting for the Russian mob boss to show weakness, Anton Avdonin should have known showering affection so openly on his new bride wasn’t a good idea. Of course, that didn’t stop him. When Anton’s wife begins attracting unwanted attention from an unknown source, he’s determined to find out just who is playing the risky game and put a stop to it by whatever means necessary.

From a Cosa Nostra princess to a Bratva queen, Viviana “Vine” Avdonin was made for the life. Pregnant, safe, and loved, she’s more than happy to move on from the history that haunts her to start out fresh. Then again, someone else has other plans. Old rivals from the past and bad blood from the present have mixed in the worst way, threatening to take away the things Viviana loves the very most. No matter what, she can’t let that happen.

Both Viviana and Anton know there’s only one way this can all end and it’s up to them to do it. But, who is behind the veiled threats and personal attacks, and how far are they willing to go to get what they want? When the truth finally surfaces, the consequences will be devastating and no one could have seen it coming.

In a life where everybody plays for keeps and no one fights fair, one mistake might cost them everything.

5 replies on “The Score by Bethany-Kris”

Congratulations of this novel, and I wanted to make a special note about this beautiful cover. You did an amazing job, Bethany-Kris! Much continued success!

Fantastic covers, love them 🙂 The stories sound great too! Congrats on your new release and many more!!

Beautiful cover for the latest in the series, congratulations. And I so appreciate the note to read the first two books first, authors are not always honest. Here’s to great holiday sales!